This study sought to determine the association between calcaneal quantitative ultrasound (QUS) and fracture risk in individuals without osteoporosis according to the World Health Organization criteria (i.e., BMD T-score > -2.5). We found that calcaneal QUS is an independent predictor of fracture risk in women with non-osteoporotic bone mineral density (BMD). INTRODUCTION: More than 50 % of women and 70 % of men who sustain a fragility fracture have BMD above the osteoporotic threshold (T-score > -2.5). Calcaneal QUS is associated with fracture risk. This study aimed to test the hypothesis that low calcaneal QUS is associated with increased fracture risk in individuals with non-osteoporotic BMD.METHODS: We included 312 women and 390 men aged 62-90 years with BMD T-score > -2.5 at femoral neck. QUS was measured in broadband ultrasound attenuation (BUA) at the calcaneus using a CUBA sonometer. BMD was measured at the femoral neck (FNBMD) by dual energy X-ray absorptiometry using GE Lunar DPX-L densitometer. The incidences of any fragility fracture were ascertained by X-ray reports during the follow-up period from 1994 to 2011. RESULTS: Of the 702 participants, 26 % of women (n = 80/312) and 14 % of men (n = 53/390) experienced at least one fragility fracture during the follow-up period. In women, after adjusting for covariates, increased risk of any fracture was significantly associated with decreased BUA (HR = 1.50; 95 % CI, 1.13-1.99). Compared with that of FNBMD, the models with BUA, in women, had greater AUC (0.71, 0.85, 0.71 for any, hip and vertebral fracture, respectively), and yielded a net reclassification improvement of 16.4 % (P = 0.009) when combined with FNBMD. In men, BUA was not significantly associated with fracture risk before and after adjustment. CONCLUSION: These results suggest that calcaneal BUA is an independent predictor of fracture risk in women with non-osteoporotic BMD.

Quantitative ultrasound and fracture risk prediction in non-osteoporotic men and women as defined by WHO criteria. 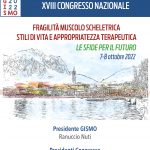