Thiazolidinediones (TZDs), peroxisome proliferator-activated receptor gamma activators, and insulin sensitizers represent drugs used to treat hyperglycemia in diabetic patients. Type 2 diabetes mellitus (T2DM) is associated with a twofold increase in fracture risk, and TZDs use increases this risk by an additional twofold. In this study, we analyzed the effect of systemic administration of the TZD rosiglitazone on new bone formation in two in vivo models of bone repair, a model of drilled bone defect regeneration (BDR) and distraction osteogenesis (DO) and a model of extended bone formation. Rosiglitazone significantly inhibited new endosteal bone formation in both models. This effect was correlated with a significant accumulation of fat cells, specifically at sites of bone regeneration. The diminished bone regeneration in the DO model in rosiglitazone-treated animals was associated with a significant decrease in cell proliferation measured by the number of cells expressing proliferating cell nuclear antigen and neovascularization measured by both the number of vascular sinusoids and the number of cells producing proangiogenic vascular endothelial growth factor at the DO site. In summary, rosiglitazone decreased new bone formation in both BDR and DO models of bone repair by mechanisms which include both intrinsic changes in mesenchymal stem cell proliferation and differentiation and changes in the local environment supporting angiogenesis and new bone formation. These studies suggest that bone regeneration may be significantly compromised in T2DM patients on TZD therapy. 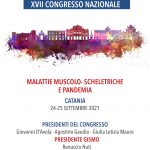 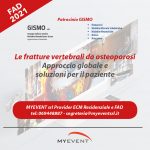